At CHAMOLI in India

Donors: Christian Aid and Self funding 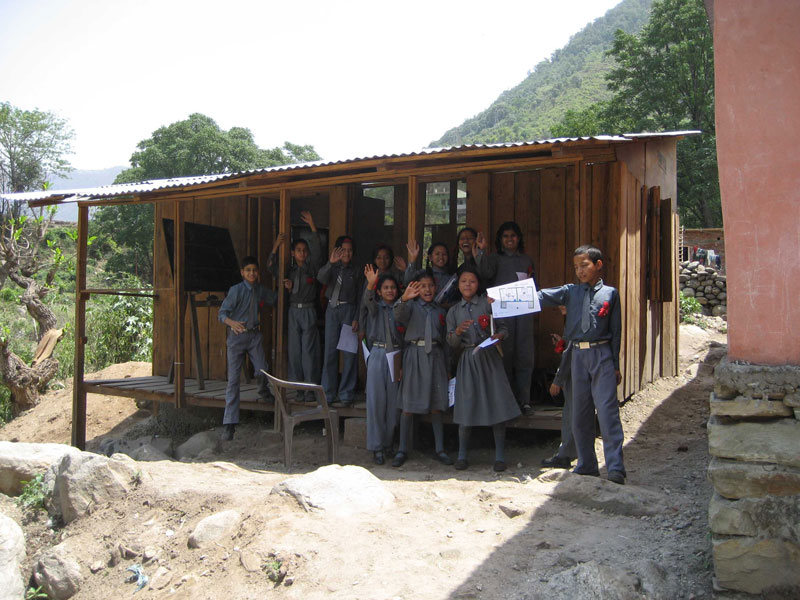 In June 2008 the ‘Vulnerability and Risk Workshop’ series continued in India in Langasu Village, Chamoli District, Uttarakhand in partnership with the Indian NGO, SEEDS India and the local organisation, GPJKP. Chamoli district was at the epicentre of an earthquake in 1999 where almost 100 people lost their lives. This region is vulnerable in terms of seismic activities and there is a high probability of another earthquake in the near future.

ASF-UK engaged in a complex two-week programme of investigation, design, procurement, negotiation and construction of a small intermediate shelter behind the local school. This shelter would serve not only as a prototype for the local community, but also as a much needed additional temporary classroom for this school. The brief was ambitious and the context in which the scenario was based broadly introduced the majority of issues development practitioners have to engage with, when working in a post-disaster scenario.

The design for the shelter developed as information on the different technologies/materials/ vernacular was collected in the area. Research into humanitarian standards from secondary sources was fed into the rigorous design process. Locally available materials were procured and local masons hired within a budget of £625. With a very ambitious programme a careful redesign was necessary to remain within the budget and finish the building on time.

The post workshop evaluation process revealed the successes and challenges of the workshop. An interim shelter was designed, procured and built in just 10 days and the group witnessed the process evolve through sketching, building and thinking. The participants had to juggle the overlapping agendas of the intermediate shelter and its future use as a school classroom which added an interesting dynamic to the process. The reflections and evaluation process have been formalized through the production of a publication following the workshop. Another task that a separate team was engaged in was designing solutions for retrofitting the existing school for earthquake resistance and to develop a model school proposal. This has been progressed further since the workshop and ASF-UK are supporting SEEDS and GPJKP to develop a funding proposal. One year on and the interim shelter is in full use as an additional classroom for the school. 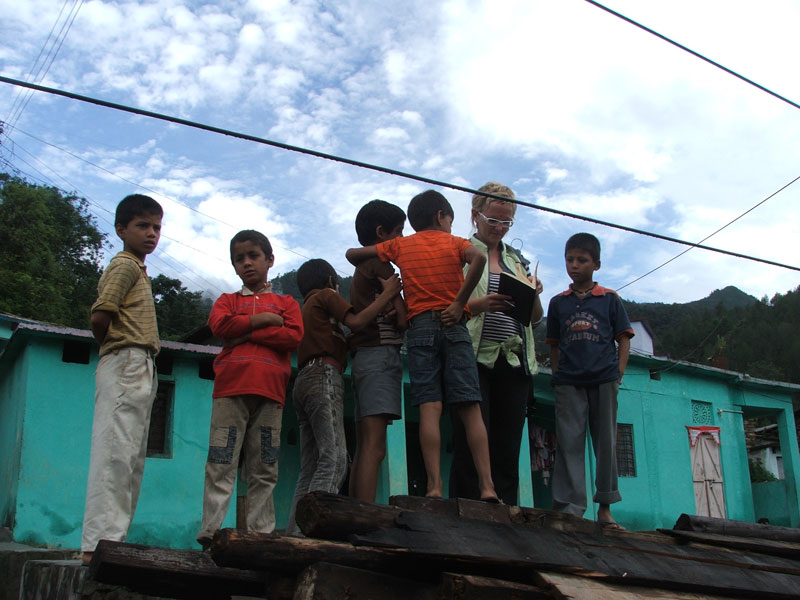 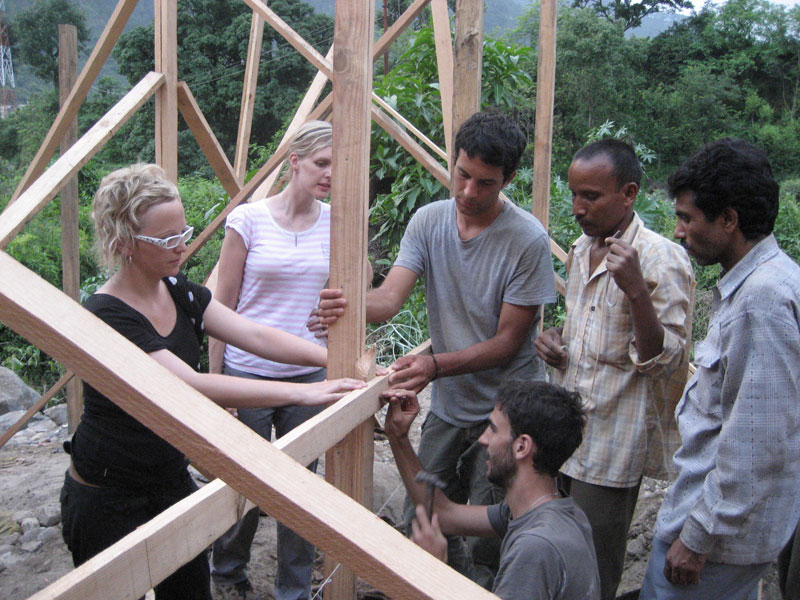